A Real-Life Story About Listening To Your Heart 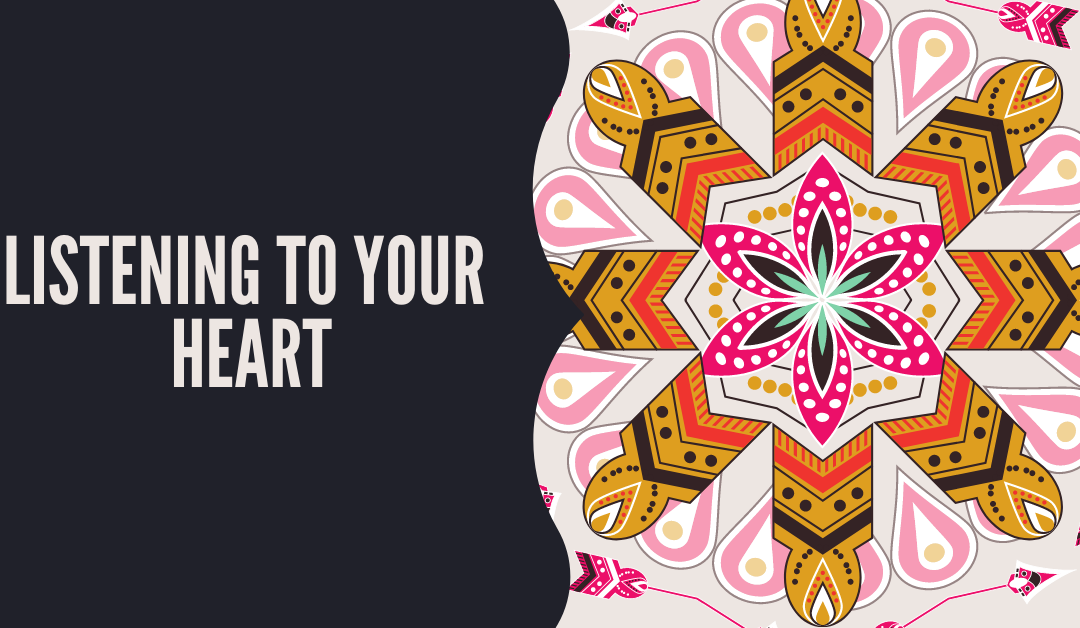 Listening to your heart is just about the best thing you can do. Here’s why.

It was in the middle of a business training I was conducting. We were working on goals, and what must happen in order for the person to make them an absolute MUST. A participant called me over and said her partner was sobbing. I walked over and bent down to ask her what she was feeling. She looked up at and began to share for the first time with anyone outside her family, the horrible things that happened to her as a child.

I was torn. If this was an event I was hosting, I would have done an intervention right there. Wipe out the association and free her from her past BUT this was a corporate client. Different rules. I could not just ignore this situation. I believed that there was a reason that she opened up to a stranger and I felt I was called to help, so I decided that I would work with her privately at the lunch break. She agreed.

I returned to the stage, began speaking on the next topic and there she was sobbing. I could not allow her to continue to suffer so I went against my judgement and listened to my heart. I asked the audience if they would assist me in helping her. I shared with them that I did not want to mention what happened to her but it was time she let go of her past. I did my intervention and her peers were spectacular. They encouraged her when she was afraid and cheered her when she broke through, and cried tears as she showed amazing strength. At the end of the intervention, when I questioned her conviction (which is part of the process) she looked me in the eyes and said, “I am still on the stage.” We concluded the intervention with recognizing that tonight’s firewalk was about her “leaving behind the past and walking to her true self.”

Every individual in the group came up to her and gave her hugs. There was not a dry eye in the room. It was amazing watching the group come together in such a powerful way. Throughout that night and the next day we began to see a side of her that was new, smiling, playful, lighter. Each day her light was brighter. At the end of the event, she gave me a huge hug and said, “Thank you Joe; you saved my life.”

In the course of time after the event multiple people have contacted me and shared how during her intervention they were going through their own sort of process, letting go of their past too. It was at that moment I realized that my head was saying no, but my heart was telling me to serve; not just her, but so many in the room. It was a powerful reminder to me that I must trust and listen to my inner guidance. It may lead me down a path that I am unsure of but it leads to the place where I am needed.

Listening to Your Heart

We all must listen to our inner guidance, our heart. It is scary but I can only imagine what the outcome would have been if I choose to be safe, instead of genuine. Listen, appreciate and honor your heart. It is here to guide you as well.